Maastricht gladly welcomes the Intersteno congress 2022 with open arms. On the map below you discover that Maastricht is split by the Maas [the Meuse], the river that gave its name to the city. The main congress venue, the Crowne Plaza Hotel [2] is situated across the east-side of the Maas in the district Wyck, where also the main railway station [2] is situated.

In 10 minutes you walk from the railway station to the Crowne Plaza hotel.

You can easily cross the Maas river by the historical Saint-Servaas bridge (13th century) or by the modern 'Hoge Brug', next to the Crowne Plaza hotel.

Almost all highlights of Maastricht are at walking distance. 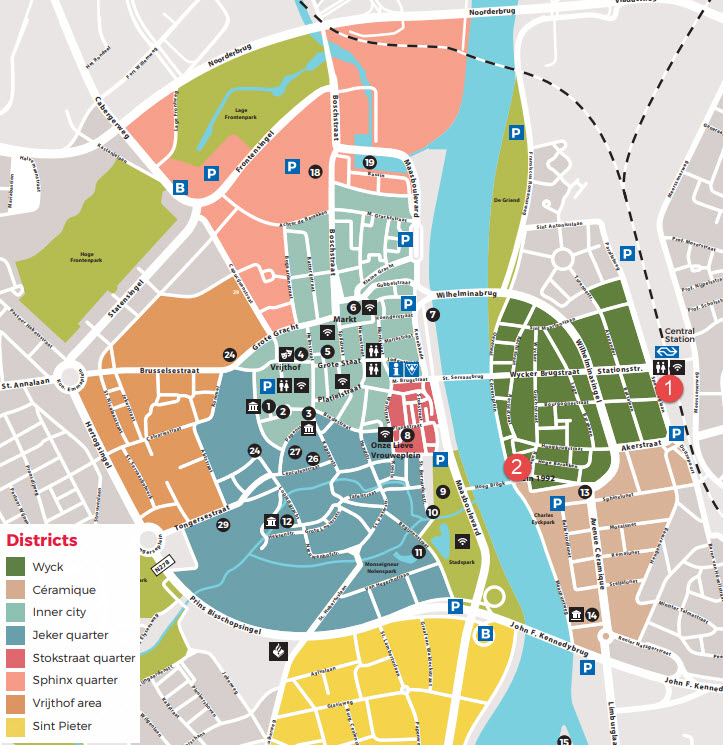